The NI Increase And The Road To Serfdom. 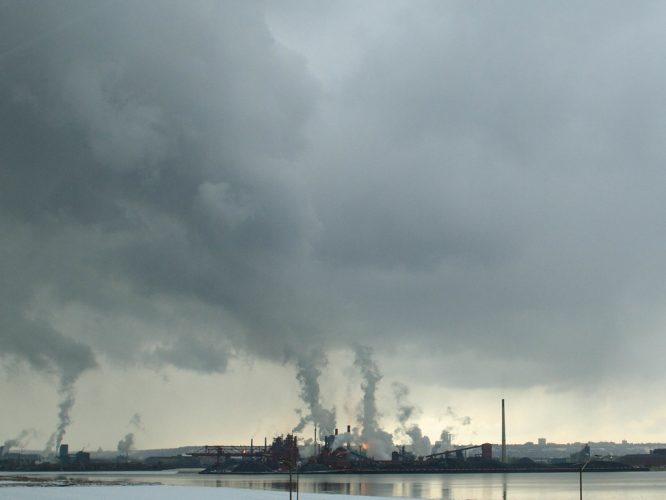 So let’s get this straight. The NIC increase unfairly penalises the poor, the working class and the young. And it does so deliberately: we’re on our way back to the dark, satanic mills in this country as the wealth gap grows wider. What is happening? Why? How?

Let’s look at the way the NIC increase is being discussed first, because there is something misleading here. There is a difference between a rise of 1.25% of something and a rise of 1.25 percentage points on something.

Still with me? Here’s the scenario now.

What does that mean to ordinary people?

As a percentage of what she was paying, her rise in NIC means that, like the retail worker, she is paying about 11% more NIC than she was the previous year. (And incidentally, if you create an algorithm to balance the nurses’ pay rise against this NIC increase, and the rise in inflation, then in real terms, nurses have not been given an increase in pay at all. In fact, they have taken a cut.)

And don’t forget that if you don’t pay NIC – if your income is from rents, for example, or from dividends, it wont affect you at all. A pensioner who pays no NIC will not be affected at all by the NIC increase, although the removal of the triple lock for a year will affect them. Someone whose income is entirely from renting properties will lose nothing, because they don’t pay NIC on rental income. Those who live off unearned income will not suffer.

This is, in short, a tax on the working classes to prevent the children of the rich from losing their inheritance. It could also be argued that by penalising the socially disadvantaged, the poor, the people most likely to be in a lower income bracket, the government is also making those sections of the population pay for the inequality which has made it more likely that they will be adversely affected by Covid. We know that poor Covid outcomes match poor health status on infection, poor housing situation, poor nourishment – the “obese but malnourished” category of people – and the existence of comorbid conditions such as Type 2 diabetes, which is also related to obesity and poor nutritional status.

This is, in effect, the government saying to those people: “It’s your fault that you got sick, and so we’re going to make you pay. We, the rich, are isolated from infection by our better health, housing and work choices: why should we pay for your inability to withstand the ravages of a disease which affects you because you have neither been fortunate – as we are – nor have you made – because you do not have the mental capacity to acquire the economic capacity to make them – the lifestyle choices we have made.”

Here’s one final thing to think about.

There is no reason why, if the Chancellor wants to raise even more money from the NIC increase, he cannot drop the lower threshold for NIC contributions in the next budget. By reducing that threshold to a flat £9,500, he would acquire the extra tax on £68 more of every working person’s income. If he dropped it to £9,000, he would gain that extra 1.25% on £568 of every person’s income, bringing more low-paid workers into the category of those who pay NIC in the first place. If, at the same time, he used “Covid rebalancing”  – AKA austerity – as an excuse not to raise the personal tax allowance, he will cream extra tax off the income of anyone who has been given a “cost of living” pay increase. I fully expect that this will happen: but if he increases taxes for the wealthy – by, for example, bring more people into the 40% tax bracket, or increasing the top rate of tax above 45%, I shall be extremely surprised.

Why? Because the forces of “libertarian” Conservatism are already complaining – see Alistair Heath in the Telegraph today – that Johnson is turning into a dangerously “socialist” prime minister. He will not dare to increase taxes for the wealthy: it’s more than his political career is worth.

Think this is bad? The Elections Bill passed its second reading last night, increasing the government’s stranglehold on the electoral process, making it harder for minorities to vote, increasing the probability that boundaries will be gerrymandered to increase the number of Tory seats, and prohibiting categories of electoral expenditure that will enable parties to work together to create a Progressive Alliance.

The mistake I see people making everywhere at the moment is to say, to believe, that the natural laws of political swing will inevitably overturn the Tories and bring in a Labour government as people naturally turn away from the Tories inequitable policies, as Brexit fades into the past, and the issues of Brexit are systematically blamed on Tory opponents of whatever stamp they be.

This optimism is unfounded. The Tories will only be forced out of power if the electoral system allows it, and they are making damn sure at the moment that the electoral system will operate to turn the UK into a one-party state. What it seems impossible to get people to understand is that these people in power are not in power to lose power. They aren’t looking at a short term gain. They aren’t putting in all this effort for a system that will be overturned in three years time and that will take British society in a direction they don’t want because it doesn’t profit them.

They are looking at smashing the entire social structure of the UK and rebuilding it in the free-market libertarian society in which they can make the most profit: a society where one is either a serf, or a sovereign individual. Unfortunately for most of us, our fate is not going to be to become “sovereign individuals”: unless you’re on an income of about £200,000 a year – according to the projections I have seen – you won’t stand a chance of coming out on top.

You, and me, and all of us “ordinary people” are facing the most sustained assault on our liberties since the Industrial Revolution, which “took the common off the goose”, funnelled people into wage slavery in factories where they lived worse animals, kept farm labourers’ wages at ten shillings a week for decades, and winked at mass starvation and mass destitution, with charity doled out by private organisations to which, most of them being religious, one was obliged to sell one’s soul for a bowl of soup. We are being reduced to the level of the peasants of the 18th and 19th centuries – and make no mistake about it, although we have not been disenfranchised on paper, if our votes count for nothing, then we have, effectively, been stripped of our voice in the way the country operates.

Don’t think it won’t happen. It is already happening. Don’t look away, don’t do nothing. This is not going to get better without serious, sustained, focused effort on all our parts. Inform yourselves. Continue to protest. Don’t give up.

“These Dark Satanic Mills” by Numinosity by Gary J Wood is licensed under CC BY-SA 2.0