“Smarten Up The House”: Whiten The Sepulchre. 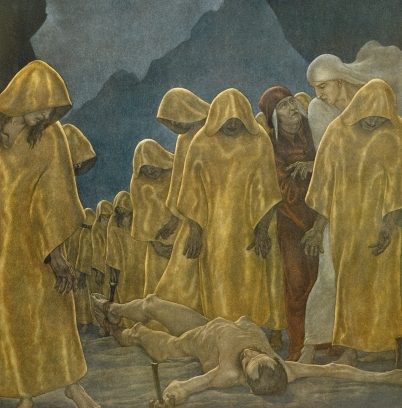 Today the BBC – which loses its integrity day by day as it reports on this government – ran an article about the Speaker of the House of Commons @commonsspeaker setting out in some detail the expected dress code for MPs returning to the House tomorrow, the assumption being, perhaps, that during the lockdown they had become somewhat slack in their sartorial duties, resorting to jeans and chinos instead of suit trousers, t-shirts and casual shirts instead of work shirts, and, horror of horrors, trainers, rather than “smart” shoes.

It was, he assured them, a serious business to serve as an MP, and their dress should reflect this: “the way in which you dress should demonstrate respect for your constituents, for the House, and for the institution of parliament in the life of the nation.” It was, he opined “a privilege to serve as a member of parliament and your dress, language and conduct should reflect that.”

“Singing and chanting” are no longer “permitted in the chamber.” “Clapping is also not allowed as it eats into the time for debate”: would that there were, in fact debate in the true sense of the word, rather than the sycophantic murmurs of quisling MPs confident in their majority and anxious only to rubber stamp the actions of their dauntless-in-dastardry leaders. There is no apparent desire in the House to partake of, or even perform in the farce of, what passes for democracy today.

And MPs, according to the Speaker, must also pay attention: when listening to a debate they “should not read books or newspapers, or obviously devote yourself to your phone or other electronic device.” The caveat there is of course, the meek word “obviously”: perhaps the key is to be surreptitious about your lack of attention, the disregard for the electorate this government serves having become so brazen, so blatant and so unchallenged by that same BBC which is reporting on its exterior disarray, that the government does not even trouble to conceal it. Surreptitious and covert inattention – like surreptitious and covert corruption – is perhaps permissible, according to the Speaker’s diktat. Clearly old-school to the core, and just as clearly a respecter of parliament’s archaic rules and antediluvian regulations, his creed, it appears, is that all such corruption should hide its delicate face behind a veil. The eleventh commandment has always been, after all, “thou shalt not be found out.”

As for paying attention: my recollection of that command in school was always that it was preceded by something else: “Sit up straight”. So sit up straight, and pay attention, Mr Rees-Mogg. Your physical attitude in the House as its leader – lounging inelegantly along the front bench –  indicates both your disdain for the institution itself – you, the so-called “sovereign individual” unbeholden to the rules of government as you believe yourself to be – and your contempt for the electorate that very foolishly put you there. It is a contempt that is mirrored across the Tory benches – and it cannot be concealed from the eye of even casual attention.

Rees-Mogg set aside – and would that he were indeed set aside from those duties he is not worthy to fulfil –  it matters little, Sir Lindsay appears to be saying, that you are as disordered, as disorganised, as deceitful, as duplicitous and as dastardly internally as you appear to be externally: it is the external appearance that matters. Only look the part, he begs, only appear to be the person that your electorate believes you should be, and all will be well. Those chinos, trainers and t-shorts reveal to the eye of the populace the real you: sloppy, self-serving, selfish and slack.

Act the part, men, women and people of neither gender, both or none! Only act the part, and immediately the electorate will be convinced that you are respectable, honest individuals with their true interests at heart. Your integrity will shine even as your extremely expensive shoes (claimable, no doubt, on expenses; the mere sole of one of which would provide a £20 Universal Credit uplift to a needy family for several months). Your worthiness, clothed in fine wool, will softly, conveniently, conceal the wolf’s interior: rapacious, ravening, grasping and greedy as you profit at the expense of the vulnerable to circumstance and the victim of your corruption.

It matters not, Mr Speaker, how much you white this stinking sepulchre of corruption: the House in the persons of its elected members. Fard over the foulness with what ceruse you will, plaster it on thickly over the pocked skin, burnish it pristine with powder of pearls, red it with the rotten rouge of false fairness to what extent you choose. Nothing – nothing – can disguise the death’s head within, the worm-eaten carcase of power perverted, power pernicious, power perilous to the population suffering under it. Nothing can sweeten its stench in the nostrils of Britain, Beneath its farded face, the worms crawl. In its hollowing paunch, falsehood festers.

It is rank hypocrisy, Mr Speaker, to admonish the House about its outward appearance without addressing the inward corruption. You may make the Members as dazzling as Dante’s hypocrites in the Inferno – the “gente dipinta,” the painted folk –  but it will be to no avail. They may show, ““di fuor dorate son, sì ch’elli abbaglia” as did the damned in Hell: “dazzling, cloaked in gold,” but “ma dentro tutte piombo,” those gilded cloaks conceal base lead, the metal that poisons when ingested. Is this what you will feed us, the leaden lies, the gilded guilt, the festering fraud?

I would sooner have a parliament dressed in jeans, chinos, t-shirts and trainers than Hoyle’s’ Hypocrites making a play for our respect by the external trapping of their pretended rank. His Tory MPs are certainly, on current showing not worthy of respect for the office they hold: they are not even, on current showing, worthy of respect as human beings, since they display neither humanity nor integrity, but, mopping and mowing like the apes they are, scratch their verminous hides, quarrel over their gains and display their contempt for us with antic gestures and the meaningless hooting of pride and complacency.

Ignore the trappings, Mr Speaker. Reform the lies within. Hunt out and destroy the corruption, clean the Augean stables of this cesspit Commons and its execrable crew, and if you cannot be the Hercules to do so, cede your role to someone who can and will.

We do not care what they wear. In whatever cloak they are clad, their clothes cannot mask their corruption. That corruption will continue to ooze though those clothes until the outside is as foul as the inside. Clean up the Commons, not its clothes.