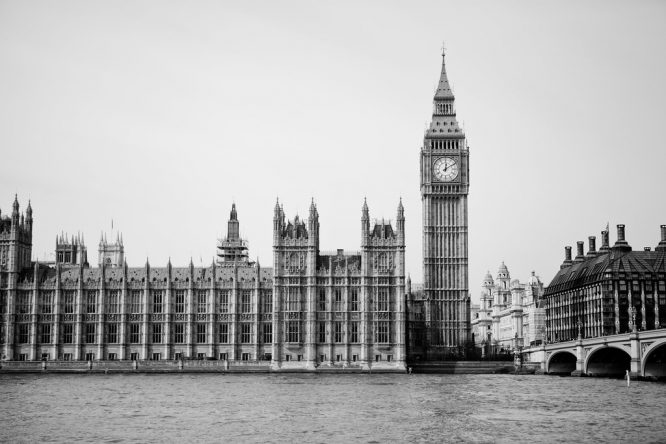 Today parliament resumes sitting. On the calendar for this week, if you want to know what is going on, we have:

Monday: Education Questions, followed by the debate on the National Insurance Contributions Bill, now at its report stage in the Commons, to be followed by its third reading before being passed to the Lords. NB, despite discussions in the media about funding health and social care through national insurance contributions, this Bill does not carry any provisions related to that. It’s a so-called “levelling up” bill.

Will this affect me? Yes, read on.

What’s the National insurance Contributions Bill? Well, it makes tortuous reading, but what has been flagged about it most regularly in the media is that it is designed to help veterans. The Commons briefing paper says it will bring in:

“a new zero-rate of secondary Class 1 NICs for employers who hire an armed forces veteran during their first year of civilian employment after leaving the armed forces. Employers would be able to claim relief on the earnings of an eligible employee up to the NICs Upper Secondary Threshold. Employers would be able to claim the relief from April 2022 and transitional arrangements will allow retrospective claims for the 2021/22 tax year.”

There is an “exchequer impact” for this relief. It makes it easier for employers to hire veterans – so it has been billed as “helping veterans (many of whom are suffering PTSD, or have other war injuries) back into work,” taking them out of the benefit system. The new NICs relief for armed forces veterans is estimated to cost £15m in 2021/22, rising to £20m in 2022/23. However it is a broadly positive measure, providing it is not used to push back into work people who cannot work because of injuries acquired in serving their country.

However the real impact of this Bill, which has not been flagged up, is that it is designed to make operating in the new freeports attractive to potential employers, because (Commons Briefing paper again) it will introduce:

“a new zero-rate of secondary Class 1 National Insurance contributions (NICs) for employers taking on employees in a freeport. Employers would be able to claim relief on the earnings of eligible employees up to £25,000 per year, for three years. The zero rate would apply from April 2022.”

The briefing paper mentions that

“The new NICs relief for employers engaging employees in Freeports is anticipated to decrease NICs receipts but to date the Government has not published a detailed estimate of the impact it will have on tax revenues – its ‘Exchequer impact’.”

Why is this important?

It is important because of what it is designed to do. Let’s look at the small print.

This employer National Insurance contributions relief is designed to reduce the cost of hiring employees in a Freeport tax site.

Background to the measure

On 10 February 2020 the government published a consultation on Freeport policy in respect of its plans to introduce at least ten Freeports across the United Kingdom following departure from the European Union. Freeports are intended to support the government’s policy of levelling up the towns, cities and regions of the United Kingdom and was a commitment in the 2019 Conservative Party manifesto. The government published a consultation response on 7 October 2020, which provided initial confirmation of the tax reliefs it intended to offer to encourage investment in Freeports. This was followed by a Freeport bidding prospectus on 16 November 2020, which included plans for the introduction of the tax reliefs to be offered.

In the Spring Budget 2021 the Chancellor reaffirmed the government’s commitment to delivering National Insurance contributions relief for Freeport employers for April 2022.

This measure will be legislated for in the National Insurance contributions Bill 2021 and will have effect from 6 April 2022 onwards.

The government intends to make this relief available for up to 9 years from 6 April 2022. The use and effectiveness of the relief will be monitored and reviewed to allow a decision on whether to continue the relief beyond its earliest end date of 5 April 2026. All new eligible hires on or before 5 April 2026 will be eligible for this relief for their full eligibility period (up to 36 months), regardless of the government’s decision on whether to extend access to the relief for new claims beyond this date.

Subject to the findings of the review, the government intends to extend this relief for new hires up to a future 5 years to its latest end date of 5 April 2031, after which point employers will no longer be able to access this relief, including for those employees partway through their eligibility period.”

What does this mean in practice for us as employees?

The purpose of creating freeports is to create conditions where employers want to set up businesses because they are operating under a deregulated system where the rules which usually apply to employees – rules relating to their health, their safety, their working conditions and their pay – are rendered void, and replaced by whatever the employer chooses to do.

This specific relief means that it costs less to employ people, because the employer can claim relief on the cost of national insurance contributions for their employees.

In effect, since national insurance contributions – which we pay, and our employers pay, and, above a certain threshold everyone in work pays – pay for our health system and our pensions, those of us who work, but who do not work for an employer in a freeport, will be subsidising the owners of businesses in freeports. We will be contributing directly to their profits, as their employees will still be able to access the benefits of the state without their employers having contributed to them.

Of course this raises other questions as well. When the relief ends, even if it extends to 2031, what will happen to those employees?

Up until that point, the Bill mandates that although employers account for national insurance contributions for their staff they are reimbursed for them as a tax relief.

What will happen to those employees when their employers no longer receive a rebate? They aren’t meekly going to fall into line and suddenly start paying at full rate, are they? It would diminish their profits.

Instead, it seems likely that once the relief ends, the employers will cease to pay national insurance contributions for their employees, and employees themselves will be required to contribute the shortfall towards their health insurance and their pension fund . . . just like in America . . . or they will, perhaps, not be able to access certain services, or be forced to use medical care provided by the employer, or take out pension schemes provided by the employer. (It’s not a long way from that scenario to the truck scheme operated by mill owners in the 19th century, where payments were not made in money, but in vouchers for the purchase of inferior adulterated foodstuffs at a “truck” shop run by the employer and for the employer’s profit.)

Mark this Bill down, therefore, as another of the ultra-right wing libertarian Bills designed to deregulate the system in favour of the capitalist who owns the business, and against the worker who sells their labour.

What else will happen on Monday?

Johnson will make a statement on Afghanistan. It will be reported upon favourably, of course, by the BBC. It will contain lies, and damned lies – I shall check Hansard later, in case there is any particularly egregious falsehood to flag, or any particular particle of sense – but it will be light on the government statistics, Johnson being incapable of remembering anything that isn’t fed directly into his earpiece.

The one question tabled by a Labour MP is about the disparity in GCSE and A level results between students in state and private schools, and one can practically guarantee that it will be met with a response which starts of with “the politics of envy”, segues into “what the Tories have done for education” and ends with a snide prod at some labour educational deficiency.

The rest of the week

On Tuesday the government will continue to de-democratise our election system with the Elections Bill. More on that later.

On Wednesday the government will perform that charade known as Prime Minister’s Question Time. According to Sir Lindsay Hoyle, heckling, cheering, singing, chanting, and clapping will not be allowed. Improperly dressed members will be ejected from the chamber. Meanwhile, if he checks the PM for lying, no-one will be more surprised than I. After Dawn Butler’s courageous stand in the summer, it was suggested that one Labour MP a day could rise, call the PM a liar, and gracefully accept their ejection from the chamber. It would be delightful if that happened – not just at PMQ’s but every day that parliament is sitting – but don’t hold your breath. Courage is in short supply.

On Thursday, the Leader of the House will lounge in his seat, rise from it to make a few insincere comments larded with Latin quips (although I am guilty of the use of Latin myself, I do have previous since my degree is in Classics) and assure us that all is for the best in the best of all possible worlds and we serfs should be grateful.

There is also an opposition day debate scheduled, but the subject is as yet unannounced. Afghanistan or schools seem to be likely subjects, although the row currently brewing about how social care is going to be funded may be the topic.

On Friday the house is sitting for the introduction of private members bills (more on those later).

Next week, the government is going to push through the Dissolution and Calling of Parliaments Bill, which will enable Johnson to go to the country when he chooses. The Lords will consider the Police Crime Sentencing and Courts Bill – you know, the one which gives the police all those powers they didn’t ask for and have told Patel they don’t approve of.

The usual business (Questions to Ministers, PMQ’s, Statements by the leader of the house) will continue. Very little business is tabled after that for the following w/b the 20th September, as the House goes into recess for conference season from 24th September to 17th October. “They work for you” . . . part time only, it would appear.