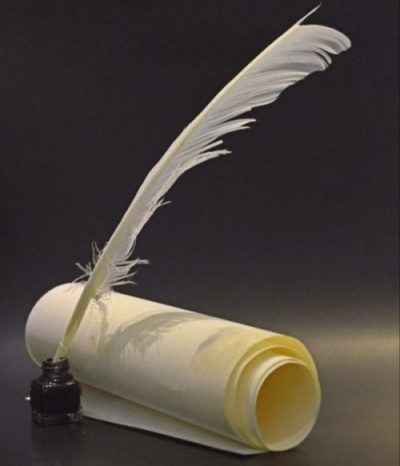 Friday 10th September: what do I need to know?

The Tories are revolting – I know they are, I hear you say. No, the Tories are “angry” about benefit cuts: the i reports that one says it is “morally and politically wrong” to cut the benefits. Rees-Mogg, always a shining light of compassion (not) apparently says no, we have to “balance the books.” (At the expense of those he would like to see reduced to serfhood, clearly.)  The i’s article is at https://inews.co.uk/news/andy-street-west-midlands-mayor-universal-credit-1192110 and is seconded by a more in-depth analysis in the Guardian at https://www.theguardian.com/society/2021/sep/10/ending-universal-credit-boost-will-hit-sickest-areas-the-hardest-study-shows which shows that ending the benefit will trigger hardship for many of the poorest people in the country – and for many of the regions with the poorest health overall.

Note that the Tory who is sounding off about the “morally and politically wrong” is the revolting Andrew Bridgen,  @ABridgen, a man always ready with a bleeding heart on show, unless he actually has to put his money where his mouth is. One look at his voting record:

·  Almost always voted against spending public money to create guaranteed jobs for young people who have spent a long time unemployed Show votes 0 votes for, 8 votes against, 1 absence, between 2011–2014.

·  Consistently voted for reducing housing benefit for social tenants deemed to have excess bedrooms (which Labour describe as the “bedroom tax”) Show votes 15 votes for, 0 votes against, 3 absences, between 2012–2018.

·  Consistently voted against raising welfare benefits at least in line with prices Show votes 0 votes for, 5 votes against, in 2013.

·  Consistently voted against paying higher benefits over longer periods for those unable to work due to illness or disability Show votes 0 votes for, 15 votes against, between 2011–2016.

·  Consistently voted for a reduction in spending on welfare benefits

indicates exactly how hypocritical this man is, and exactly how much credence we should give to his claim that “the socialists do not have a monopoly on having a social conscience.”

None. As for Rees-Mogg, we all know he nurtures a shrivelled raisin in his breast instead of a heart.

Hasn’t gone away. We are now offending France, again, by lying about what we are doing about migrants. Whatever Patel says, here is the text of the letter to her from Gérald Darmanin: https://twitter.com/lizziedearden/status/1435742276349833223 and the content thereof is followed by his twitter status which indicates that:

“France will not accept any practice contrary to the laws of the sea, nor any financial blackmail. Great Britain must keep to its agreement: I said this clearly to my opposite number, Priti Patel” and that

“The friendship between our two countries deserves better than posturing which harms the cooperation between our services.”

As always, in the person of Johnson, we slouch dishevelled and discredited on the world stage: the Northern Ireland Protocol is still not resolved: https://www.reuters.com/world/europe/eu-not-aiming-renegotiate-n-ireland-protocol-eus-sefcovic-2021-09-08/ and the grace period will be extended again: https://www.bloomberg.com/news/newsletters/2021-09-09/brexit-latest . Meanwhile the EU has, fortunately for us, decided not to proceed with any infringement proceedings, however we are in trouble on other fronts . . . https://www.theguardian.com/world/2021/sep/09/uk-negligent-in-failure-to-stop-customs-says-senior-eu-lawyer

As for the shortages, there are none in France, at least not in Normandy, whence I am currently writing. In the UK, however, s poor is out state of preparedness, that the expected import checks due from October 1st will be delayed: https://www.independent.co.uk/news/business/news/brexit-border-checks-eu-shortages-b1917250.html and not only are our supply issues so bad that we will be releasing untreated sewage into our rivers – as well as our seas – https://www.theguardian.com/politics/2021/sep/07/government-ease-sewage-discharge-rules-amid-chemical-shortage but the Mirror – never a Friend to Tories – is reporting that the current shortages will not only get worse, but will be permanent. https://www.mirror.co.uk/news/politics/breaking-britain-now-see-permanent-24953533 which is, inevitably, having an effect on growth. https://www.theguardian.com/business/live/2021/sep/10/uk-gdp-growth-covid-pandemic-supply-chain-for-july-business-live

And finally, Democracy Dies In Darkness.

The “Health Care Levy Bill – the rise in NIC – will be pushed through parliament next Tuesday, according to Jacob Rees Mogg yesterday, as you can see here: https://www.icaew.com/insights/tax-news/2021/sep-2021/Government-to-fasttrack-rules-enacting-healthcare-levy .

Meanwhile, if you thought that money would help the NHS, think again: https://www.theguardian.com/society/2021/sep/09/sunak-to-decide-how-much-of-social-care-levy-goes-to-nhs-after-2025 .

As for the Elections Bill, to be finalised next week, it is, as the Guardian says here https://www.theguardian.com/politics/2021/sep/09/elections-bill-is-a-dangerous-assault-on-democracy an outright assault on democracy. Coupled with the loss of the Fixed Term Parliaments Act, to be finalised on Monday next, and the indecent haste with which legislation to remove our rights is being pushed though, it’s easy to see that this is a government which will not give up power easily.

A small brightness for us, however: Emma Raducanu is through to the final: https://www.bbc.com/sport/tennis/58511033 and let us not forget that Marcus Rashford is still campaigning for the right to food, even though the Education Secretary – surely one of the most ignorant men in the country – doesn’t know who he is: https://www.theguardian.com/politics/2021/sep/08/gavin-williamson-apparently-confuses-marcus-rashford-and-maro-itoje

More for you all on Monday, when we will be looking at what’s on in Parliament again.