Why Children Are Suffering. Why Education Matters. Why The Tories Won’t Fund It. Why They Are Wrong. 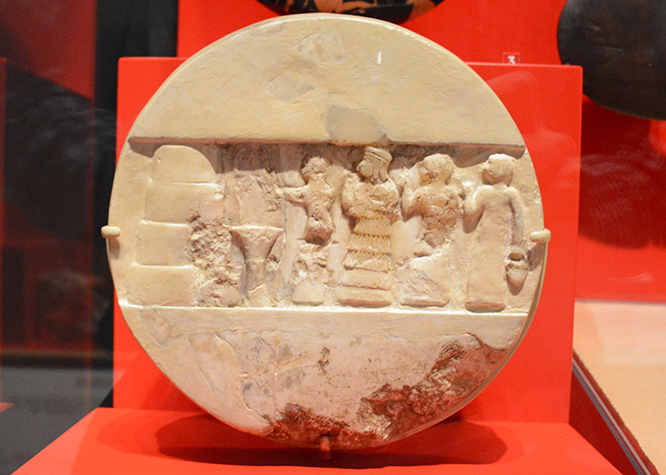 Whether you have school age children or not, it is impossible to be unaware of the impact of the pandemic on the young. The Mental Health Foundation, basing its statistics on peer reviewed studies, has these statistics:

20% of adolescents may experience a mental health problem in any given year.

10% of children and young people (aged 5-16 years) have a clinically diagnosable mental problem, yet 70% of children and adolescents who experience mental health problems have not had appropriate interventions at a sufficiently early age.

And that was before the pandemic.

Before anyone starts in on “snowflakes” “they’ve never had it so good” “life was hard for me, why should it be any easier for them” “entitled millennials/GenZ/whatever grouping we’re on now” “spoilt children just needing a bit of discipline” I’d like to state very firmly that you won’t get any support from me if you do so.

In another life (before my daughter’s serious illness meant that I had to stop working full time) I taught in state schools. In this life, now, in between my other avocations, I tutor children, and have done for a decade now. I have over twenty years of experience of working at the coal-face, and trust me, today’s children have never had it so bad.

Yes, they have mobile phones, and technology and social media. (This doesn’t make them privileged: it makes them simultaneously over-informed and under-educated.)

They also have levels of existential angst, anxiety, fear, and doubt that either paralyse or enrage: there are no middle ways. Our children are in crisis, and since our future is in their hands – so are we.

When I began teaching, more than twenty years ago, it was still possible to see the vestiges of what once passed for a normal childhood  – both in the classroom and out of it. There were happy, well-adjusted, comfortably situated children. (Yes, there still are now. Let us not generalise or, indeed, catastrophise.)

And then there were unhappy children. I have worked with mentally ill children, clinically depressed children, children with reactive attachment disorder, children I have had to feed, because they arrived at school hollow eyed and white faced with hunger, children I have allowed to nap in the classroom, because they waited up (until three in the morning, caring for younger brothers and sisters) for their stoned and drunk parent to return home, children practically catatonic on Ritalin because their parent has had them diagnosed with ADHD so they could get attendance allowance, and then medicated them into insensibility, children I have clothed because they and their mother have fled an abusive home with nothing, children who have been physically abused, emotionally abused, sexually abused. I have taught children still unable to read at eleven, children undiagnosed with learning disorders, children who were such a danger to others in a classroom that I had to have an evacuation procedure for the rest of the class, in case the chair throwing started. I have taught children who were brilliant, bored, disaffected. I have taught the quiet children, getting by in the shadows of the classroom, whom everyone ignored. I have also taught blind children, children with Downs, children with brain damage after an RTA and children with life-changing injuries. I have had meeting after meeting with professionals – some excellent, some well-intentioned but ineffectual, some who shouldn’t even have had a stick insect to care for, let alone a child’s well-being in their hands.

I have not taught, but I have seen others teach, children who arrive at school feral, speaking hardly at all, unable to converse, unsocialised, in nappies at five (for no medical reason) children who have never seen a book, never been read to. In a seaside town where I once taught, I have taught children who, despite living half a mile from it, have never been taken to see the sea.

I have dealt with angry parents, ignorant parents, traumatised parents, desperate parents, mentally ill parents, illiterate parents, criminal parents, parents who made me wonder, frankly, why they had children at all, so ready were they to disclaim all responsibility for their offspring, and parents who have made me afraid for my own safety – and a lot of those parents were failed by the education system –  and by society – themselves.

And that was before the pandemic.

Now? Oh, it’s worse. It is so much worse now. I have been teaching online throughout the pandemic, mostly, now, teaching teens. Even my “happy children”  – children who have never known material want, children who have working, financially secure, happy-in-their-partnership-if-they-are-in-a-partnership, well-adjusted parent/s with whom they can have a conversation, whom they trust, who love them and are loved by them – do not know how to deal with the loops life has thrown at all of us over the last year and a bit. Even they are floundering. At sea. Adrift. Wondering. “Things fall apart: the centre will not hold.” Their society, around which they, after the inner family circle, centre themselves, is falling, is failing them.

The younger children, depending on their family lives, are bewildered, frightened, angry and have generally regressed in academic and emotional maturity. (And some, the horrifically bereaved, have acquired a spurious and forced maturity that necessarily masks their grief, rage and confusion.

Those who entered secondary school in 2019 have, on balance, over the last two academic years (Autumn 2019 to Summer 2020, and Autumn 2020 to Summer 2021) fallen behind academically. They do not have the emotional or academic maturity – and their schooling has not been of a level or calibre up until the point of the first lockdown – to enable them to learn independently. They are in need of, firstly, a lightening of their load – many are too stressed to benefit from the extended school day or the summer holiday tuition that has been suggested  – and secondly, a return to their childhood. They need to play, and play without fear, before they can come back to learning.

The middle years – the 13 and 14 year old students – are the worst off academically, in my judgement. They have lost the grounding of the early secondary years, they have been deprived of the proper transition from a generalised curriculum to more personalised learning – the “Options” stage in England/Wales, when they choose their GCSEs/BTECs, and the S2 year in Scotland where they choose Nationals – and they have seen the years above them firstly not have to do exams at all (2020) and then to go through the farce that has been this year’s assessment. (The “optional” papers offered in England by exam boards for students to do have been publicly available on line – by design – but the answers for the teachers were in the secure areas of the exam boards’ websites. Naturally, a flourishing trade in bootlegged answers sprang up: going rate between £1 and £10 a section of a paper. But then, the government cheats and lies; why should anyone else be different?) These are the children who are severely impacted. Many of them both do not have any motivations to re-engage with the school system – particularly the exam system. Their reasoning is that if the years above them were “given” their grades, why should they have to work for them? The psychological effects of what has happened to the years above them will have a knock-on effect for many years yet. And again, I am talking here about the relatively well-adjusted children. Those whose existing issues  – whether familial, mental or social – have been exacerbated by the pandemic are a ticking time bomb. As they mature they will understand their losses, and they will not forgive us.

As for the children traversing the exam years – the 15 to 18/19 year old students – their rage, their disillusionment with the system, their fear for their future and their dawning understanding of the extent to which the entire country has been shafted by the government are impossible to overstate.

There are two ways these young adults will go. Either they will recognise the wrong that has been done to them, sweep away the system which has so comprehensively screwed them over, and make a bonfire of capitalism in its entirety, rejecting all that has gone before. I hope they do.

Because an alternative is that, ill-informed, undereducated, unable to apply reasoning, with poor general knowledge, with narrow horizons, susceptible to false theories, easily swayed, easily turned, and manipulated by a government that may see it as in its own interests to keep them that way, they will turn on the groups the government tells them to turn on, blaming those people – the outgroups selected for obloquy by the government – for their misfortune. They will turn, not on the authors of their misfortune, but on those who the government tells them are the cause of it.

They will ignore the fact that it is the government which has, by consistently underfunding education, by consistently refusing to invest in the most societally disadvantaged, and the most desperately in need, by making choices that benefit its friends at the expense of the wider electorate, by greed, by corruption, by wilful negligence, by deliberate and deliberated fault, by fraud and by malice placed them in the perilous situation in which they find themselves.

They will ignore it because they will not know how to winnow, from the worthless husks of the misinformation they are fed, the scant grain of truth.

But a well-educated – in the true sense of the word educated – electorate would call this government and its cronies to account. It would sweep them from power and ensure that they never sat in the seat of power again.

How much money has this government given its friends? How much has it wasted? How much is it spending on vanity projects?

It is not that the government cannot afford to fund education properly. It is that it will not, because it is afraid of what would happen if it did.

Why We May Believe Cummings About Johnson and Hancock . . .

Johnson and Cummings: the remaking of a political past. 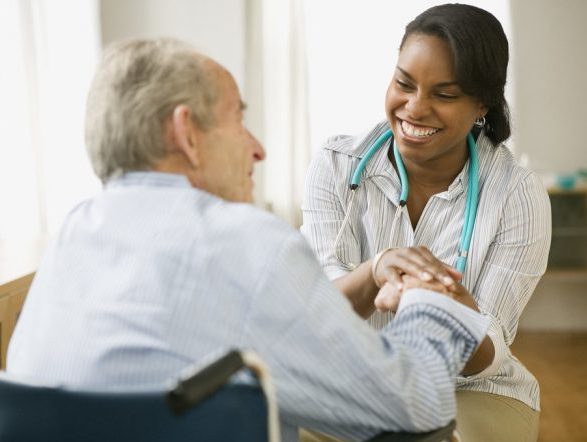 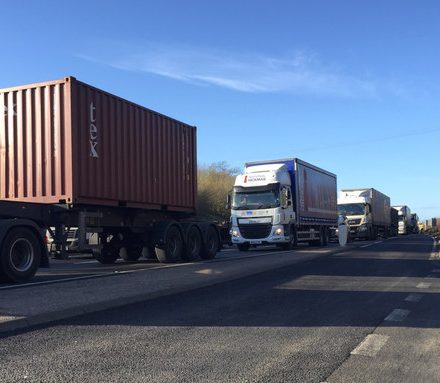 October the First And The Supply Chain Crisis.

Biden, Brexit, Sovereignty, Sausages, and Macron miss-steps – or does he? 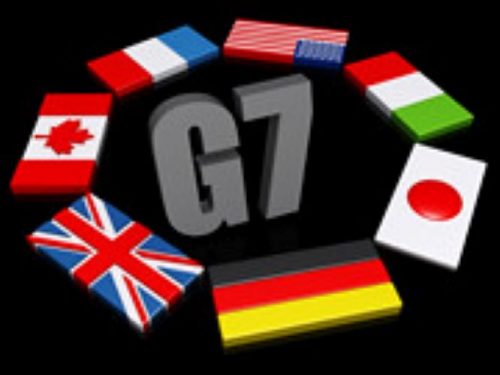 England: The Playground Bully With No Friends . . .